How do SNMP, MIBs, and OIDs work?

Please teach me basic knowledge about SNMP, MIBs, and OIDs. What do these terms stand for? How do they work?

An overview of SNMP, MIB, and OIDs

SNMP is one of the most commonly used technologies when it comes to network monitoring. Unified Monitoring programs—like PRTG—use it. But how does SNMP work? What are MIB files and OIDs? Read this condensed introduction and take the first step into the world of SNMP. 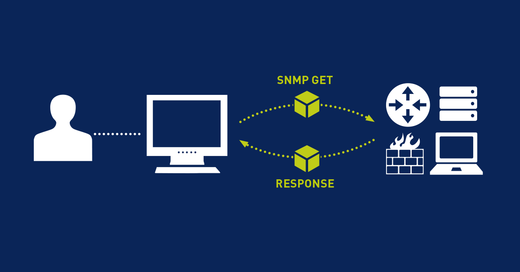 A managed device resides on a managed network and is usually represented as one of the many nodes of the network. Such devices can be routers, access servers, switches, bridges, hubs, computer hosts, printers, and even all kinds of IoT devices that "speak" SNMP.

An SNMP-managed device has an SNMP agent installed on it. An agent is a software module that translates device information into an SNMP-compatible format in order to make the device information available for monitoring with SNMP.

An NMS runs monitoring applications. They provide the bulk of processing and memory resources required for network management.

SNMP v1 was the initial development of SNMP (see Request for Comments RFC 1157 for a description) and it works within the specification of the Structure of Management Information (SMI). It operates over User Datagram Protocol (UDP), Internet Protocol (IP), OSI Connectionless Network Services (CLNS), AppleTalk Datagram Delivery Protocol (DDP), and Novell Internet Packet Exchange (IPX). SNMP has been further developed (although its functionality basically stays the same with some extensions) and SNMP v2c and SNMP v3 are potentially available SNMP implementations. However, manufacturers decide on which SNMP version they will ship with their devices, so you may not necessarily have the choice between all SNMP versions.

SNMP v2c is considered the de facto network management protocol in the internet community, but SNMP v1 is also still in use. SNMP v3 is not yet widespread, although it is the most secure SNMP version, because it causes some load to be processed.

2. A closer look at MIB and OIDs

MIB stands for Management Information Base and is a collection of definitions that define the properties of the managed object within the device to be managed. MIB files are written in an independent format and the object information they contain is organized hierarchically. The various pieces of information can be accessed by SNMP.

OIDs or object identifiers are uniquely identify managed objects in the MIB.

The MIB is organized hierarchically and can be depicted as a tree with different levels from the root to the single leaves. Each OID has an address that follows the levels of the OID tree.

Generally, an OID is a long sequence of numbers that code the nodes, and are separated by dots. Here is a sample structure of an OID:

The nodes of the OID tree can be assigned by different organizations. Root-level MIB object IDs (OIDs) belong to different standard organizations. Vendors define private branches including managed objects for their own products. All manageable features of all products (from each vendor) are arranged in this MIB tree structure.

For example, to get to the internet, you need to reach the fourth node of the OID tree that you can see below. If you move further to the leaves of the tree (further down in this case), the names get more and more specific and each node represents a particular feature on a specific device (or agent). 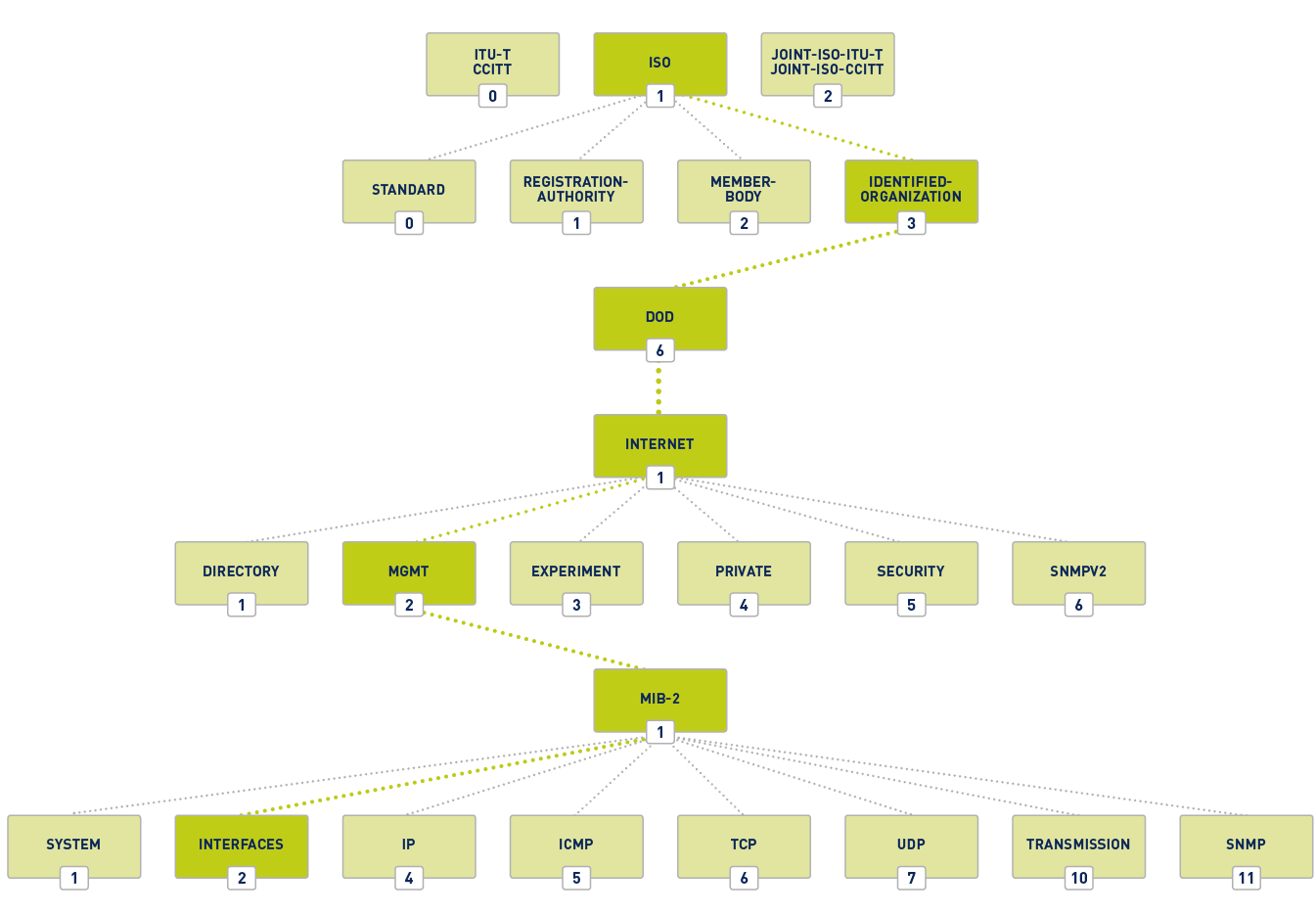 OIDs are generally provided by the hardware vendors or can be found in so-called OID repositories, where you can find collections of MIB branches and the corresponding OIDs or MIB files.

Every managed device keeps a database of values for each of the available object definitions written in "their" MIB file. So, the available data is actually not dependent on the database, but on the implementation.

SNMP basically works like a client-server communication where network management systems (clients) send out a request and the managed devices (servers) return a response.

The PDU depends on the type of message that is sent. The Get, GetNext, and Set, as well as the Response PDU consist of PDU type, Request ID, Error status, Error index, and Object/Variable fields. The Trap consists of Enterprise, Agent, Agent address, Generic trap type, Specific trap code, Timestamp, and Object/Value fields.

For example, you can use an SNMP Custom sensor to show the system uptime: 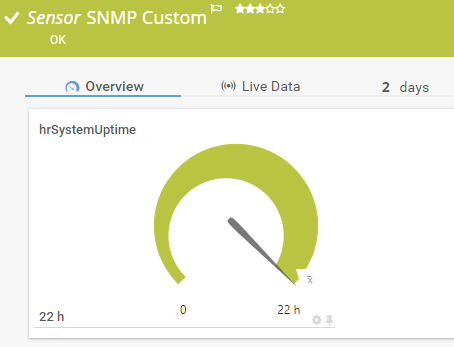 ... and head to SNMP expertise!

We are also running enterprise switched rack PDU's however the out of the box support for them does not work. Even the custom one does not seem to log any relevant data. Have confirmed with the SNMP tester you can connect and there is data there, however when you try to load a sensor PRTG says: No available interfaces on this device (code: PE049)

Disappointed PRTG does not support such a well know brand and an import piece of IT infrastructure.

We're talking about the PDUs of APC? What exact model do you have? APC usually has MIB files for all of their network devices. You could use the MIB importer to convert it for PRTGs SNMP Library Sensor. Then you should see all the values the devices has to offer :)

Once SNMP is enabled on the network, the NMS functions as the network management center to manage devices on a network. Each managed device contains an agent process, MIB, and multiple managed objects. The NMS interacts with the agent on a managed device. When receiving a command from the NMS, the agent performs operations on the MIB on the managed device. SNMP sends protocol data units (also called SNMP GET requests) to network devices that respond to SNMP. Users can trace all the communication data using network monitoring tools and obtain data through SNMP. For more information, you can visit the link:https://info.support.huawei.com/info-finder/encyclopedia/en/SNMP.html